News and reviews from a tech enthusiast with a love for food, travel, and automobiles.
PHOTO GALLERY ➜
Keen Smart Vent trimkit
Keen Smart vent with trim kit and no cover
Keen Smart Vent with cover on
Keen Home app

Keen Home Smart Vents keep the temperatures you want throughout the house and saves energy while doing it.

These days a lot of homes have smart thermostats, but what about smart vents? During colder months, I had trouble keeping the nursery warm without making the master bedroom too hot. And since Florida’s climate during the “winter” months can require heating at night and cooling during the day, I quickly got tired of opening and closing air vents. Keen Home Smart Vents keep the temperatures you want throughout the house and saves energy while doing it.

The Keen Zoning System consists of Smart Vents, a Smart Bridge, Temp Sensors, and the Keen Home smartphone app. Thanks to the integration with my ecobee3, I was able to use my existing room sensors instead of theirs.

I initially started with their bridge and 4 vents. After seeing the potential, I ended up ordering 3 more. This covers all the main areas and bedrooms. I no longer have colder or hotter areas of the house, everywhere is usually within one degree difference.

Installation was straight forward but the awkward side-heavy weight of these along with my high ceilings made this a minorly challenging job for a one man show on a ladder. Once they were in place, adding them to the app was quick and simple.

The first “issue” I’ve had so far is the noise they make when closed and the HVAC is running. It was loud enough to be a distraction initially, but I think I’ve gotten used to it. The other would be the actual noise it makes when opening and closing. The one in the nursery has woken the baby at least once. The last thing would be the smart bridge range. It took me awhile to find a central location to place it so that some of the vents would stop periodically blinking yellow, meaning they’re experiencing a signal or range issue. Which with all my wireless devices in the house, this is the first to have such an issue.

Overall this does a great job at keeping the temperature consistent though the house. Would be nice to set different open close points for heat and cool modes though…

Check out the gallery at the top of this page for a screen shot of the app as well as a couple shots of the vents.

Keeps the temperatures you want throughout the house and saves energy while doing it. 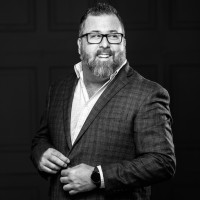 The chemistry behind your LCD flat-screen devices

A Former Hacker’s Guide to Boosting Your Online Security

How 5G puts airplanes at risk